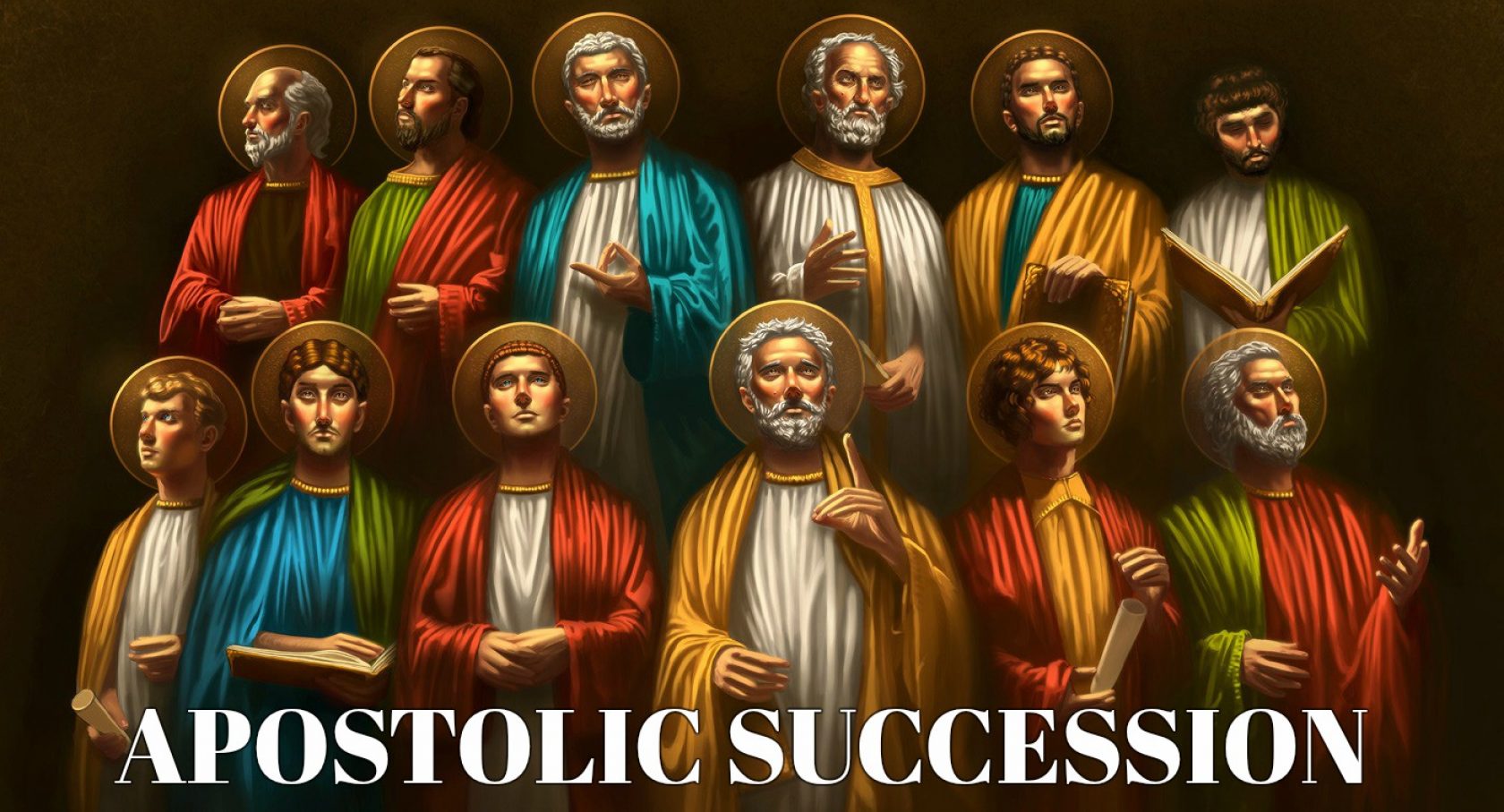 Load More
The First of the Epistles of Clement which is commonly dated to the first century and claims to be written by the Roman Church (the chair of St. Peter and the center of the unity of the Church, according to Catholic doctrine) which was established by the Apostles presents a belief in apostolic succession as do also the Epistles of Ignatius of Antioch, who was a personal disciple of the Apostles John and Paul.

died 99), also known as Saint Clement of Rome, is listed by Irenaeus and Tertullian as Bishop of Rome, holding office from 88 to his death in 99. He is considered to be the first Apostolic Father of the Church.

Few details are known about Clement’s life. Clement was said to have been consecrated by Saint Peter, and he is known to have been a leading member of the church in Rome in the late 1st century.

Clement’s only genuine extant writing is his letter to the church at Corinth (1 Clement) in response to a dispute in which certain presbyters of the Corinthian church had been deposed.

He asserted the authority of the presbyters as rulers of the church on the ground that the Apostles had appointed such. His letter, which is one of the oldest extant Christian documents outside of the New Testament, was read in church, along with other epistles, some of which later became part of the Christian canon.

Clement is recognized as a saint in many Christian churches and is considered a patron saint of mariners.